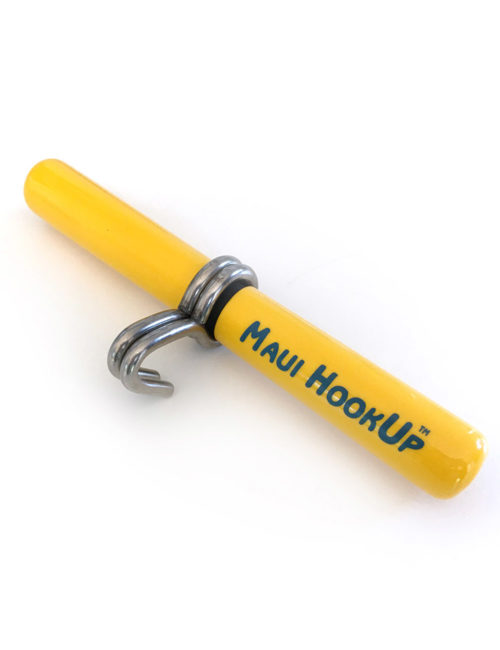 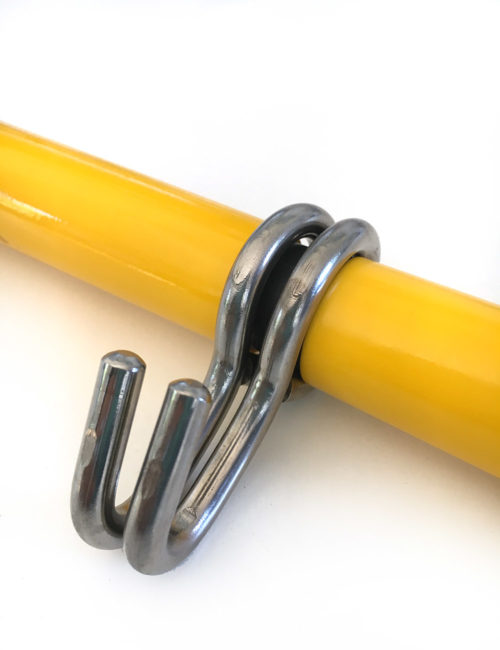 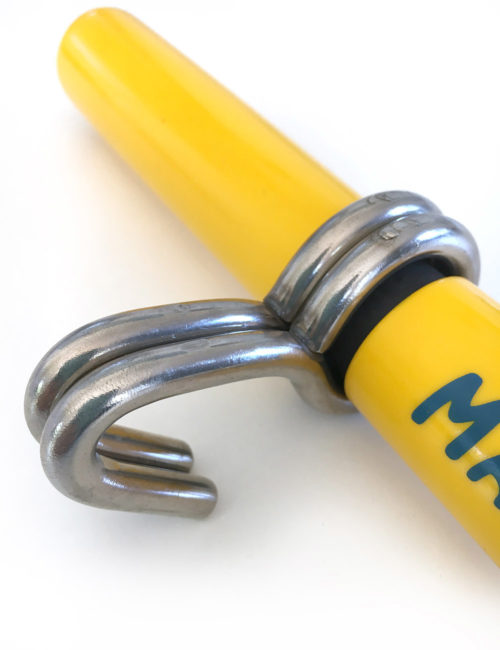 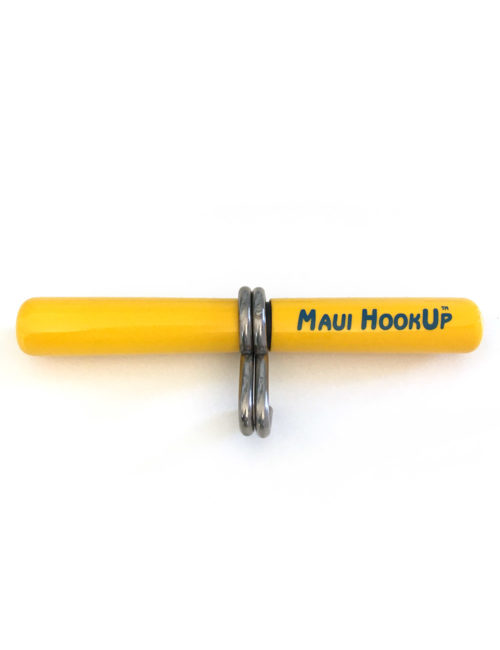 The Maui HookUp is the fast, easy way to rig today’s harder to downhaul sails.  Developed on Maui and introduced in 1996, the Maui HookUp, with its patented cleatless system, is being used by satisfied sailors all over the world.

The Maui HookUp is the fast, easy way to rig today’s harder to downhaul sails.  Developed on Maui and introduced in 1996, the Maui HookUp, with its patented cleatless system, is being used by satisfied sailors all over the world.

What the Maui HookUp will do:

What the Maui HookUp won’t do:

Increased downhaul effort can be attributed to the features and achievements of modern sail designs:

What does all this mean to you?

Assume you downhaul a sail with 450 pounds of tack force a distance of 10 inches, using a 3 pulley configuration with a true mechanical advantage of 3:1 (a reasonable value).  You will be exerting an increasing effort up to 150 pounds and pulling it 60 inches (5 feet), a distance requiring several pulls.

Higher tack force, frictional inefficiencies and longer downhaul lines, all good reasons why using the Maui HookUp will give you the satisfaction of a well rigged sail and the certainty that you are getting the most performance out of your sails.