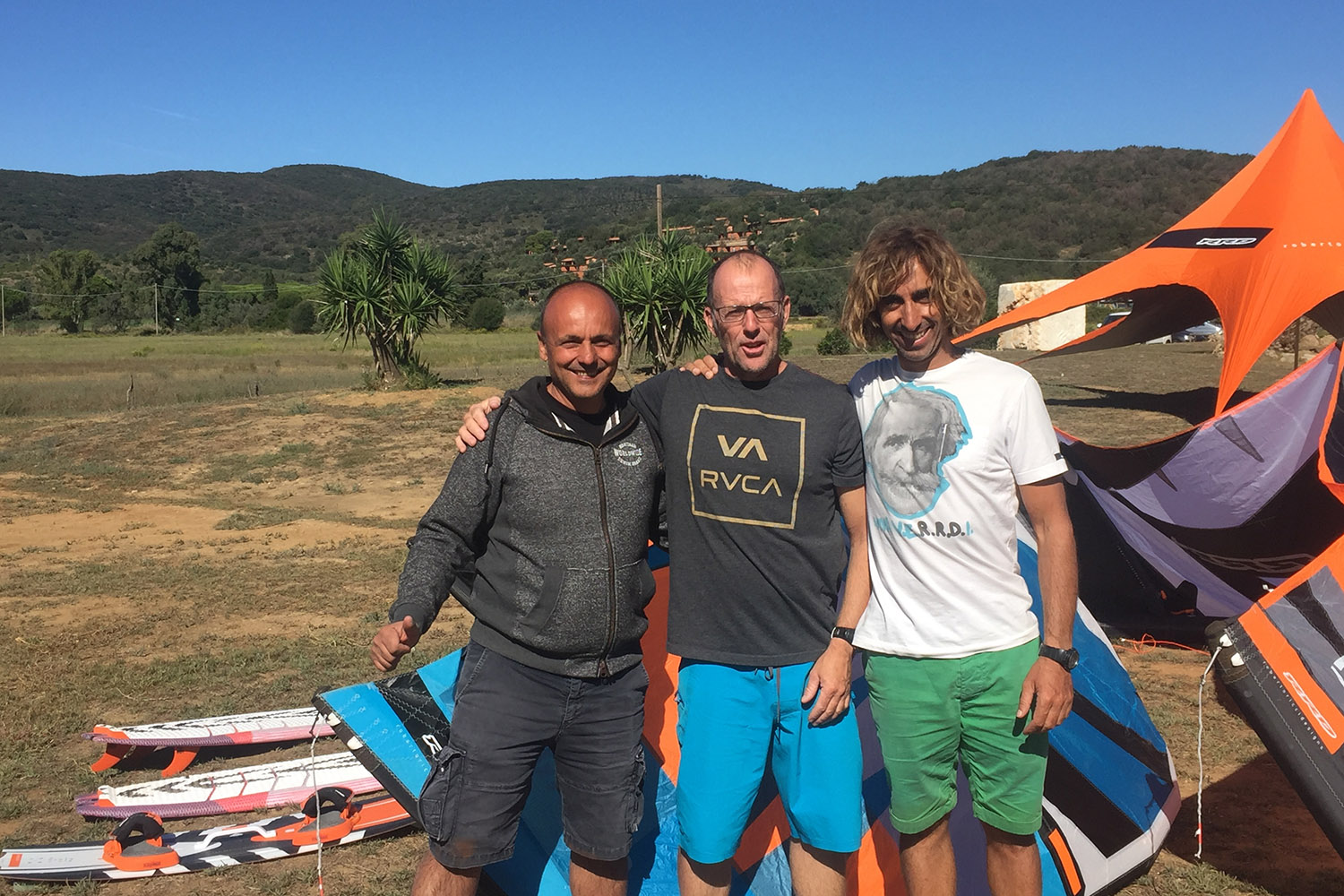 We have dealt with RRD since they started selling just two models of windsurf boards which must be over 20 years ago now so we were looking forward to heading out to Talamone, Italy to see the new products, testing the gear and talking to the riders and designer’s at RRD’s Y24 product launch.

On display were the new line up of windsurf boards, kites, kiteboards, SUP’s and foil range – it was interesting to hear how Abel Lago and Werter have redesigned for 2019 the RRD RELIGION wave kite and its new bridal system; the new PASSION kite and how they have developed the new big air ADDICTION kite for consumers – which Abel has managed to jump 21m on recently.

There were a stack of new kiteboards on show including a new RRD MAQUINA and COTAN – (Abel was even suggesting to get your straps further back on these for better riding) and the newly developed range of twin tips with super thin rails and new construction including a new PLACEBO and BLISS.

We tested out the new construction Sups and saw the full line up of air sups and air surfboards – we tried some of Jon Skye’s new sails including the COMPACT range that fits into a back pack and performs like a regular high performance rig. RRD have also launched a new range of Ian Armstrong RRD surfboard’s for 2019.

The windsurf range was pretty extensive a new Alex Mussolini inspired HARDCORE WAVE, the RRD FREESTYLE WAVE range and RRD WAVECULT all fitted with UK based company K4 fins. A new pintail winger FIREMOVE Flight for foiling and a tuttle boxed regular FIREMOVE to adapt for both foiling and windsurfing.

We had an epic session of RRD foil windsurfing using small sails, no harness, no straps which felt amazing . We were based off the back of the RRD mothership with Roberto Ricci, his son Rocco (12 year old), Skye boy, Mattio, Pearse, Sobi myself, Jane and Vlora on the boat handing the beers out – it was a truly spectacular foil session .

We topped off our week with a trip to the RRD headquarters in Grosseto to meet Carlo, Dylan and the RRD Team that, deliver, sell and pack every item! The set up is pretty impressive we also had a quick peak at the RRD clothing empire in a separate facility nearby. Have to say Jane and I had a blast and Roberto, Carlo and Dylan made us feel very welcome.