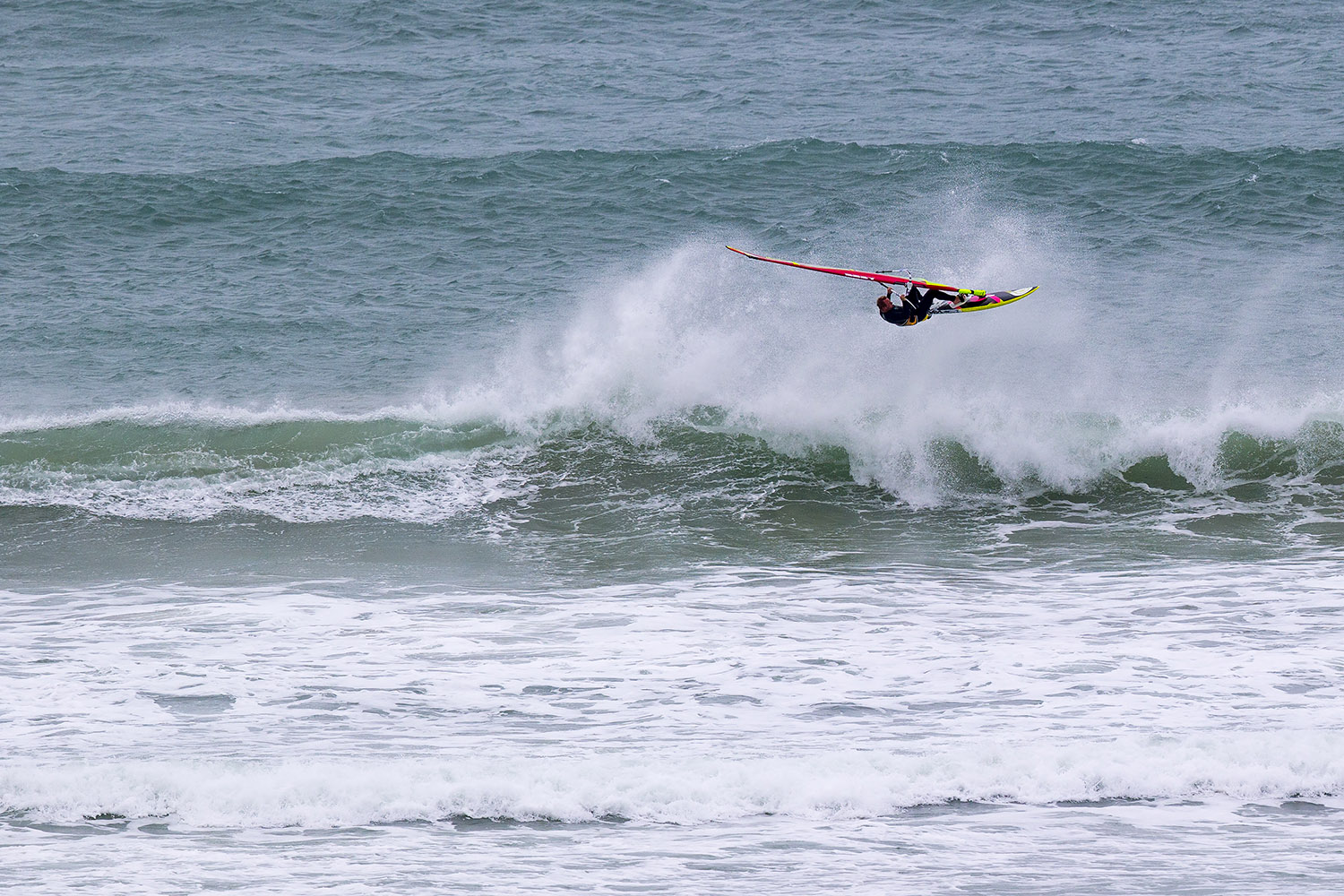 Ian Whittaker has been using the EZZY Taka series of windsurf sails  for the last few seasons – he has been spending quite a bit of time at Gwithians, Cornwall windsurfing and down here in the Witterings.

He is a windsurfer who is demanding on his kit but wants a stack of control, durability and performance for wave riding, jumping and aerials .

The entire Ezzy Sail range has been born out of Maui Hawaii but they work so well here in the UK – the durability and build quality is now a given with EZZY windsurf sails, but the new sails are now super light not only in physical weight but in the dynamic feel in hands on the water!  A typical 5.0 Taka 5 is around 3.1 kg.  The structure of the 3 and a half  battened Ezzy Taka 5 sail makes it super stable and has an incredible wind range in gusty, light and heavy weather conditions.

Ian said – “The conditions were pretty big – logo to mast high sets rolling in maybe 35 people out there, it was buzzing everyone going for it! I found my new Taka 5 sails to be very stable in gusty offshore conditions and riding when I got overpowered I could control the speed and handle the gusts.  At one point I got mowed down by a mast and quarter set wave had a big swim but kit fully intact.”

“The Taka 5 is very similar to the Taka 4. Here are some taking points:

The clew and the tack patch on the Taka 5 have been re-shaped to make the clew and tack areas stronger and more durable.

The Taka 5 retains the light handling characteristics of the Taka 4.

The secret of the Taka 5 is the 3/4 batten above the boom, which allows the Taka to de-power in transitions.

One of the astonishing qualities of the Taka is how bloody good the Taka is over-powered. It rivals any 5 batten sail for high-end control.  The other thing that makes the Taka the weapon of choice for many wave riders is how much low-end power you can get out of the Taka.

We are talking low-end, without the heavy feeling that plagues many sails when they are set full. When set full, the Taka retains its light feel, along with a massive forward drive.”