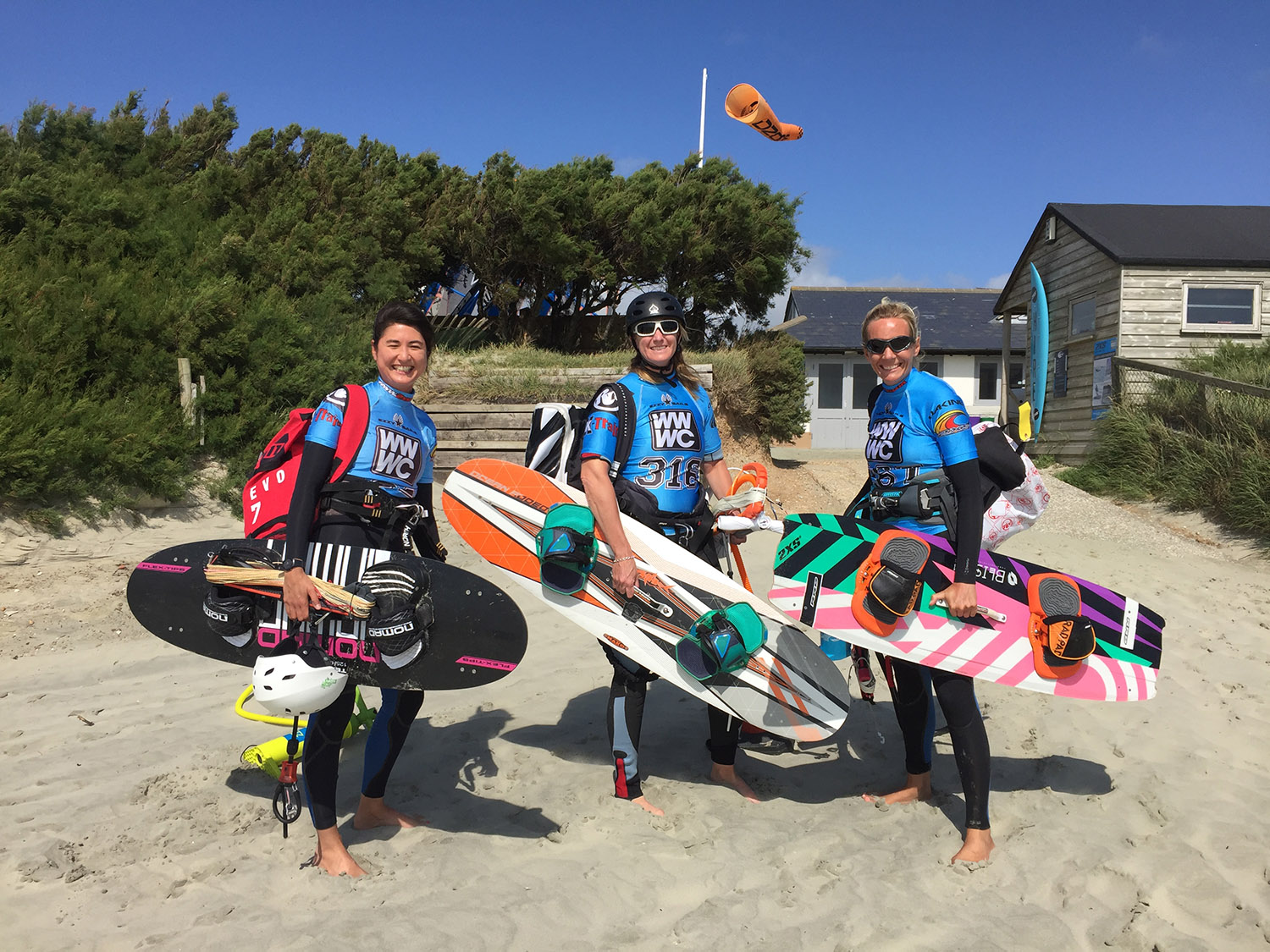 Well august is turning out to be a bit of a cool and damp affair, however we did have some epic conditions last week at West Wittering beach. We had a super low tide which gave made the lagoon very flat, and then the waves pushed in at high tide, allowing lots of people to get in the water kiting and windsurfing.

What I really enjoyed was watching Jake, Max and Ollie run a kids first windsurf session for the 5 years old –  they were up windsurfing in 5 minutes and getting joy rides on the Goya surf. Jonny, age 10 was out ripping with Gabe, James, Daisy, Holly and John Ash in up to 45 knot gusts. Levon went big on on his kite, with Harty and 80s legend Jon Nick giving it large in windsurfers. Everyone else had big smiles on their faces when the the wind booted up each time as a front passed through. Myself, Laura, JJ, Jackie, Max, Julian Hall, Sam H, Jon Humberstone, Keith Coni, Callum and Andy Sloan and plenty of others were spotted at the beach.

The highlight of the day was watching Jonny and James charging in the lagoon with the new recruits 2XS rippers getting there first taste of the ocean .