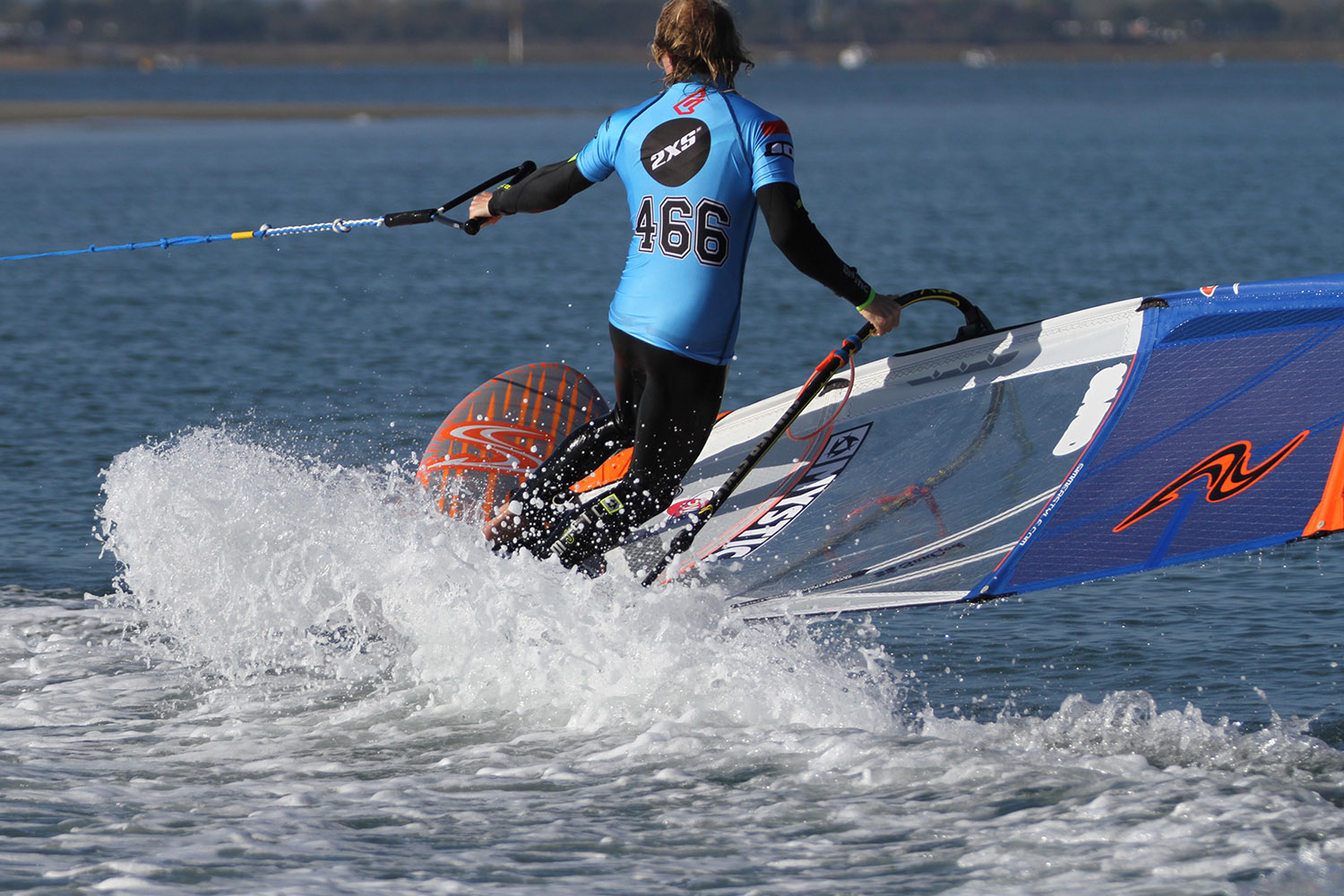 2018 will go down as the endless summer at West Wittering Beach – last weekend was perfect sunny weather and no wind for our 2XS® demo and UKWA -The King of the trench freestyle event.

But we made the most of it and had a epic display of jet ski assisted freestyle with Max Rowe, Jamie Howard, Sam Green, Ollie Townsend, Monte and Clare Elliot with tow master Ollie Pidden on the jet ski –Sandy Clunas and Ollie Scott  managed the event. Even though the wind forecast was poor –freestylers Nick Hibdidge, Andy Chambers and other supported the event were there for the weekend .

Saturday night saw a big 80s party at the Old House at home West Wittering  – tunes by the Club Vass team Jamie and Charlie – and epic food and hospitality by Daniel Mias, Charlotte and their team.

The demo was full of the latest SUPS, windsurf, kite and foils – not so much wind so the foils and SUPs were out on the water – Slingshot team Rich and Ben lane were out providing foil testing from their jet ski, Colin Dixon and Jon from Goya Quatro demoing plenty of sups, Team Fanatic, Duotone and Ion –Nik Baker, Jay SUP Manning, Jock Patterson and Tim  had pretty much all the Fanatic Sup range on the water. RRD and Ozone, had their new kites on display – Neal Gent and Oli Sweeney were on hand to chat product info through. Ezzy had their new range with Rob Stack chatting to customers through the weekend.

Even though the wind didn’t show up it was a busy demo at 2XS® West Wittering, great display of tow freestyle, killer party, good to see Whitey back on his camera, and even Pete Hart made a guest appearance. Thanks to the 2XS® team – Jake, Sandy, James, Ollie, George, Jane and the WWE Safety Team Nat, Holly, James and Max for the amazing drone footage of the trench. Also Claire Frawley did a great  job on the event tees .

Plus a big thank you to Ollie Scott from Club Vass and the entourage who are keeping Windsurf Freestyle alive and kicking.