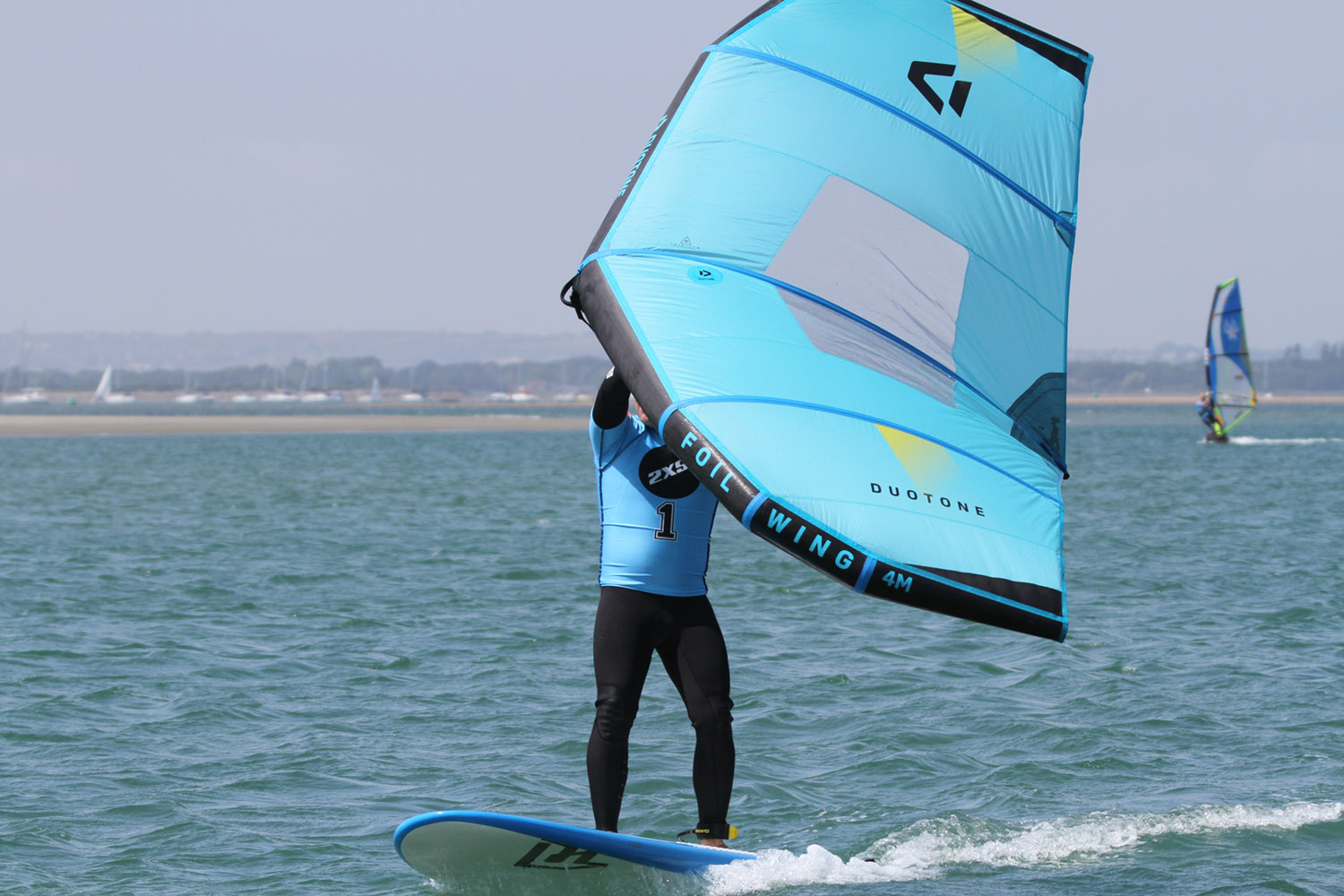 This new concept is yet another rebirth of old ideas and I suppose there is a bit of scepticism about whether it’s a valid product!

By looking at the current social media you would think that everyone is using them, but they’re not, I think there has been some massive claims by Naish, Kai Lenny has been spotted on an Ozone/Red Bull prototype, Tony Logos from Slingshot have been playing with the ideas since the mid eighties and Robbie Naish has come out and fully endorsed the new concept.

So we are not going crazy on this concept but we are going to be dealing with Slingshot and Duotone wings – the idea is you can use your SUP foil/surf foil and either ride waves with it or use the wind for flat water SUP/surf foiling. You can also use your foilwing on an SUP (without a foil).

We recently tested a number of these foilwings at West Wittering and it feels probably closer to windsurfing than kitesurfing in how they work. What is really good is that the wings are really light, the foilwing is attached to you using a leash on your wrist and the foil is pumped up with a regular kite pump.   What you do find is when you use it on a normal SUP (no foil) its a lot harder to go upwind; by adding the hydrofoil you get much more upwind performance.

I think the windfoil makes everything more portable, you don’t need a windsurf rig or kitesurf set up to get out on the water – we will be demoing these at 2XS, West Wittering so if you fancy giving it a go please get in touch.