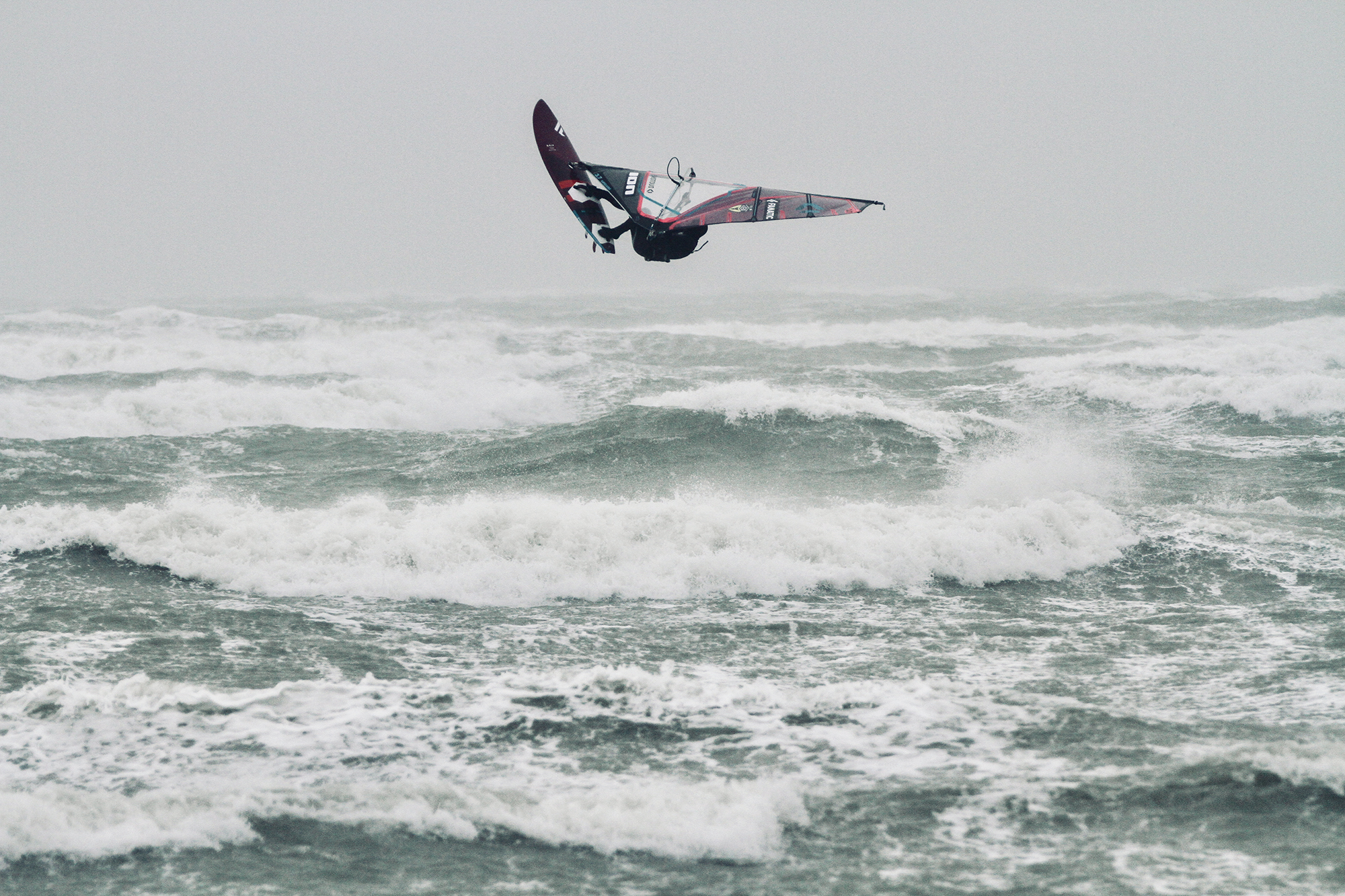 On Sunday 10th Feb, West Wittering took a battering from Storm Ciara which blasted through gusts hitting 65 knots+ and an averaging around the 50 knot mark (just over 63 Mph). Not many people out but Rich Hypher was first man out on a 3.5m Hot Sails Maui and his trusty JP. Nik Baker turned up and rigged a 3.7m Duotone Super Hero and new Fanatic Grip. Tim Perry (on Starboard & Ezzy) and Justin Goodwin (Goya & Ezzy) then headed out. Stu Mahoney (Axxis Kiteboard) rigged a 4m Ozone UNO which was the smallest kite out!

What was interesting was how dense the wind was, and how the big gusts flattened out the sea. There was still plenty of power in the surf though!

A few people commented that they thought it was stupid to go out and that they were putting others at risk. We regard safety very highly at 2XS and the 5 guys who went out all knew what they were in for and chose to be there. They also stayed close to the shoreline, so if they lost their kit it would get washed in and in most cases you could walk ashore. Nobody appeared to be taking excessive risks and each rider had probably more than 30 years of serious water experience each (with Nik Baker being an international and world ranked windsurfer). One of the best things about 2XS at West Wittering is that there are always eyes from the beach on riders.

Nik said to me afterward that he dedicated his session to his good mate and windsurfing sparring partner Danny Seales who sadly passed away a few days earlier. Danny had windsurfed and won plenty of competitions back in the day at West Wittering, and he also introduced me to Ezzy sails nearly 30 years ago. Rest/Ride in Peace Danny Seales .

Since august 2019 we have also plenty of sessions at West Wittering beach where the windspeed has hit 50 knots. We think this is the windiest autumn/winter we have experienced in a long time.

Whilst I was taking photos, I witnessed quite a few swimmer and bodyboarders braving the ocean. They all had a blast and made it back in one piece.

The weekend coming, it looks like another big storm is heading our way with high winds predicted for Saturday 15th.

You can see the weather systems coming across The Atlantic to the UK via Windy.com, and keep an eye on the current forecast on the 2XS®West Wittering Beach Web Cam.